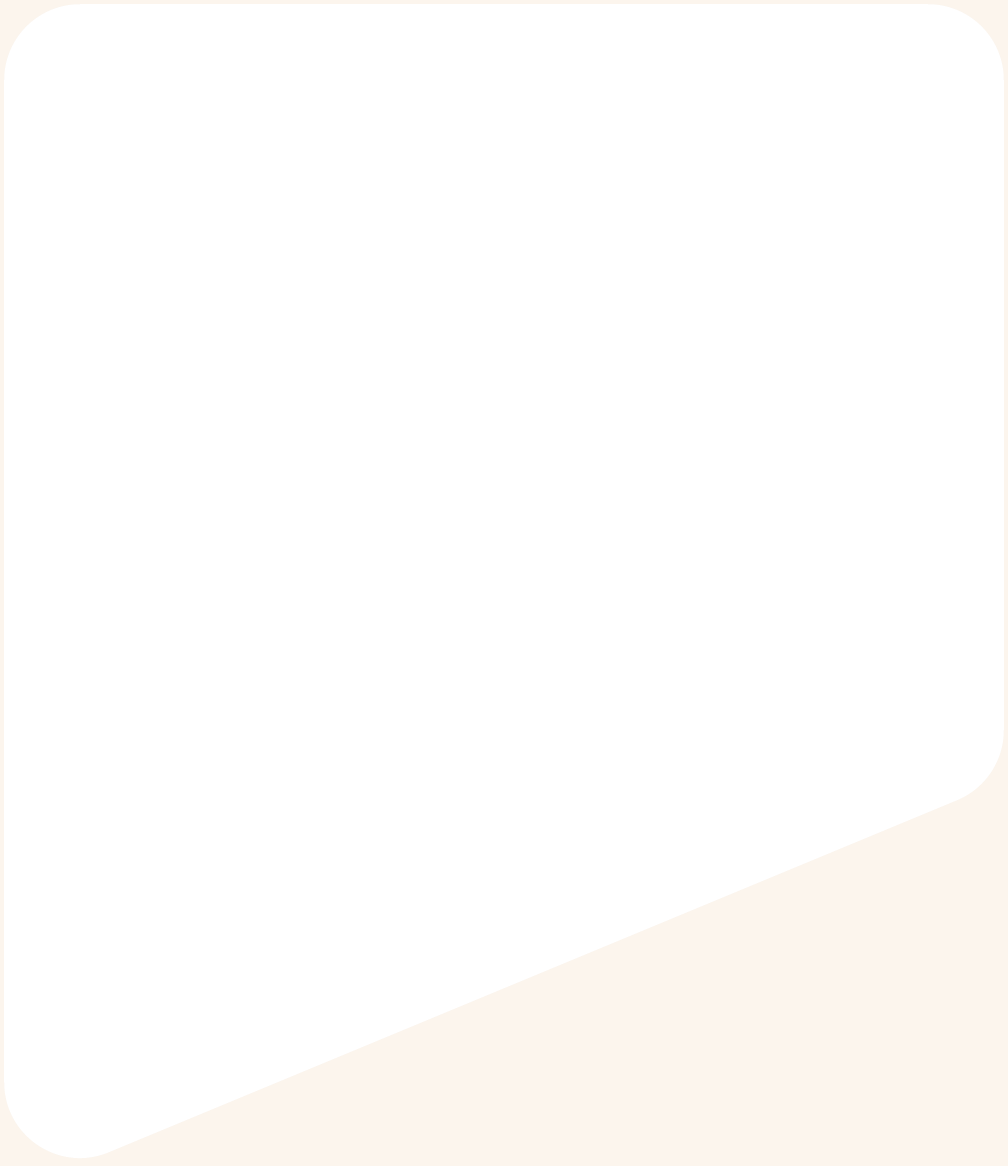 Janine and Susan, who are both licensed rehabilitators, work closely with the public, municipalities, and other agencies to rescue, rehabilitate, and release sick, orphaned, and injured animals.

We rely on donations from individuals and businesses to drive our mission. The support that we receive from the community is essential to what we do.

We strive to give back to the public through education and service.

Licensed by the U.S. Fish and Wildlife Service, the Pennsylvania Game Commission, and the U.S. Department of Agriculture, the PWRC services 9 counties Monroe, Wayne, Lackawanna, Pike, Luzerne, Susquehanna, Wyoming, Northhampton, and we share Lehigh and Carbon with other rehabilitation centers.

The Pocono Wildlife Rehabilitation & Education Center is not just a place for animals in need, it is also a place that supports the relationships between humans and wildlife. Aspiring to educate and guide the public towards a symbiotic relationship with the wildlife that live all around us.

Janine and Susan are both licensed rehabilitators who are passionate about protecting and caring for animals. The PWREC has been a dream of theirs that has come to life through hard work and perseverance. They are committed to being a resource for animals and humans alike by offering their wealth of knowledge and assistance to those in need. 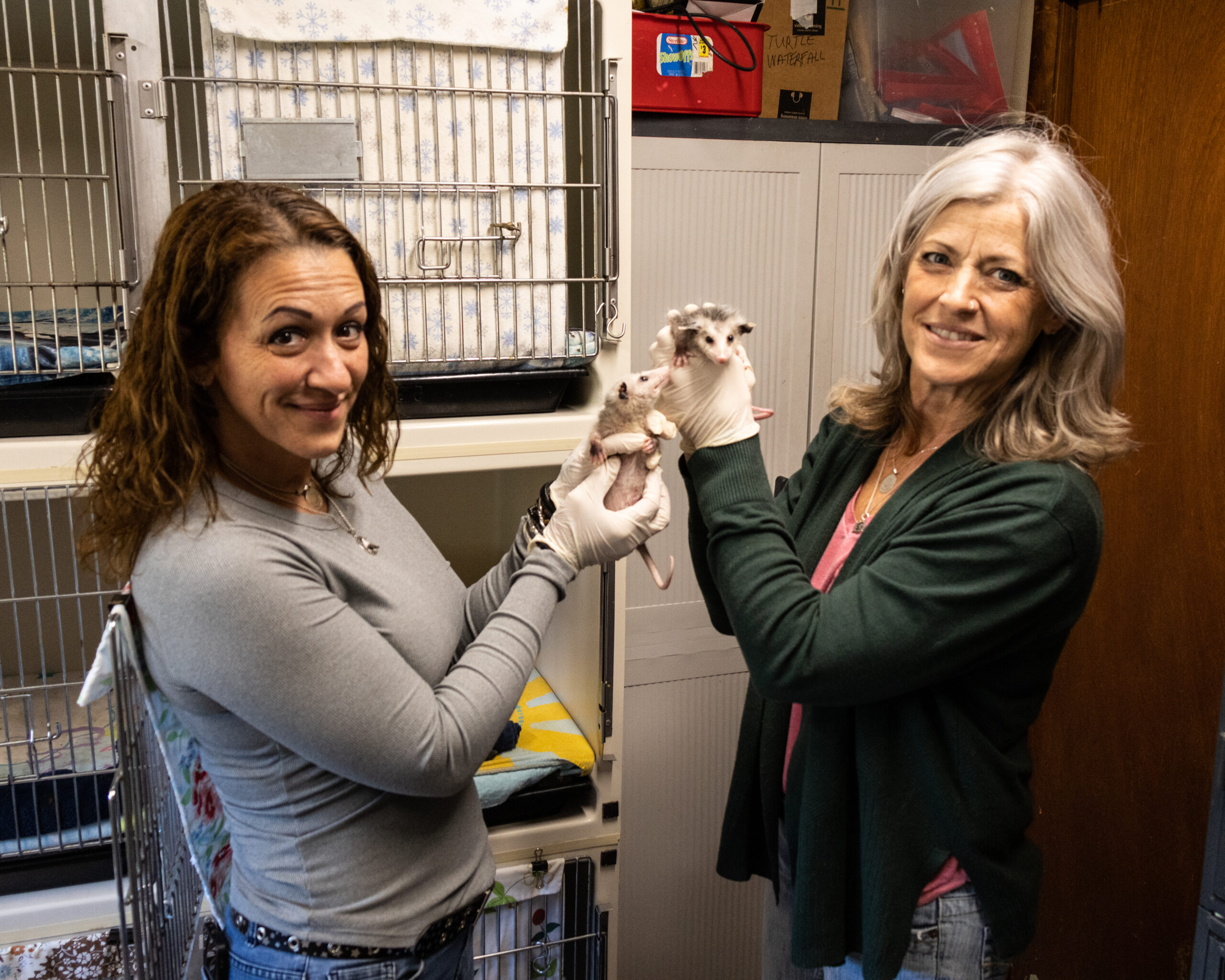 I started this journey with wildlife through Capture and Transport, Rescuing animals and getting them the care they needed. I grew up on a farm. I am an animal intuitive and Reiki Master/teacher. One of my missions in life is to create a symbiotic relationship between humans and wildlife through awareness and education. I am a licensed PA Wildlife Rehabilitator.

My passion is working with animals. I spent many years in domestic animal rescue and previously owned a social media marketing company. I have a Bachelor of Science degree in Biology from Lehigh University and I have several years of clinic experience as a veterinary technician. My mission is to care for wild animals and educate the public on the importance of keeping our wildlife protected and respected. I am a licensed PA Wildlife Rehabilitator.

I have been with PWREC since 2009. I have dedicated my life to service, working as a certified MA cardiac specialist for many years and also a phlebotomist . I later turned to wildlife care. Working with animals is my passion. I love spending time with my dogs as I am also a k9 trainer. I am also a small business owner and photographer. (Inner Heart Photography)

Katherine founded the Wildlife Center in 1980 and developed one of the largest and most comprehensive all-species wildlife care and educational facilities in the Commonwealth.  As a PA licensed K-12 Environmental Educator she provides a wide variety of high-quality educational programming for groups of all ages and sizes.  With a Master’s in Biology, and decades of experience caring for injured and orphaned wild animals, Kathy and the team provide professional care for up to 3,000 animals each year.

I started my career in wildlife in 2001 under the tutelage of Mary Jane Stretch. Working 18 years for a well established wildlife rehab center.

I love sharing my knowledge with the volunteers and the public. Teaching others about wildlife handling and care is my passion. I am a licensed PA Rehabilitator. I am living my dream working everyday with injured/orphaned wildlife. To facilitate in the Rescue, Rehabilitation and Release of our animals is a dream come true.

I have been with the PWREC since 2017
With a BA in Environmental Sciences from Lehigh University.

Working with wildlife has become my life’s passion and I am currently studying for my PA Rehab license.

I have lived in the Poconos all my life and these mountains and their wildlife have become an integral part of who I am.

My goal is to ensure that all of the animals who pass through our facility get the utmost dedication and care. 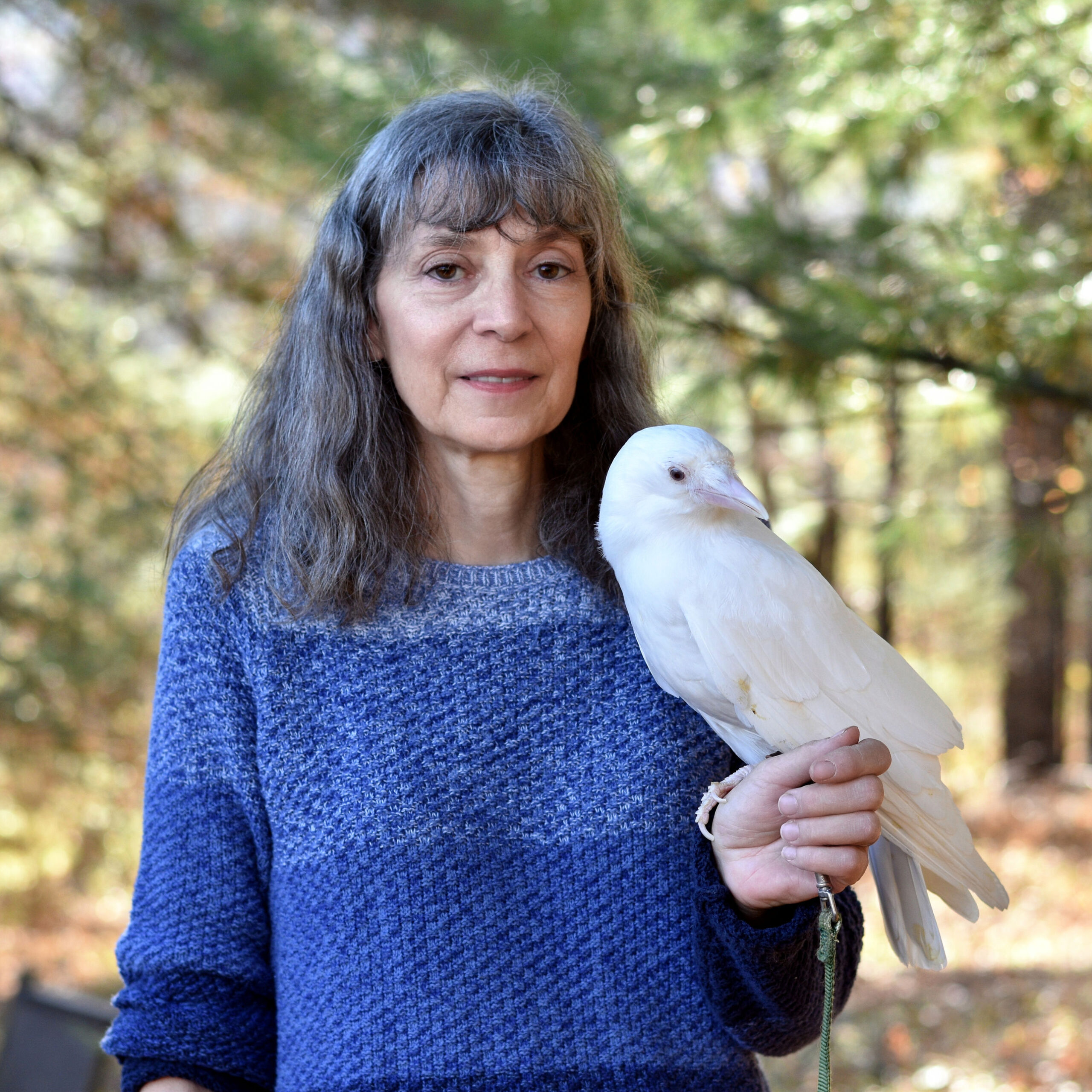 The Pocono Wildlife Rehabilitation and Education Center was founded in 1983 and incorporated as a nonprofit organization in 1988.

Katherine (Dubin) Uhler was born and raised in Pennsylvania.  She spent a great deal of time in the wilds of PA, and decided to earn her teaching and Biology/Environmental Science degrees at East Stroudsburg University of PA. During the summer of 1980, she served an internship and volunteered at other wildlife rehabilitation centers, becoming so enthralled, she became a licensed rehabilitator that winter.

The early years of PWREC were modest, working first from the spare bedroom of her mobile home residence, then moving to her own property in Tobyhanna.  Kathy supported herself with her full-time career as an Ecology teacher at Stroudsburg HS, while building the Center into a professional, all-species care facility.    Educational programming was offered and became one of her favorite aspects of serving both wildlife and people.  Kathy received Sigma Xi Science Teacher of the Year, Monroe County Environmental Educator of the year, and PA Environmental Educator of the year.

During the 1990s, Kathy earned her Master’s Degree in Wildlife Biology and Disease, and the Center grew to where volunteers and interns helped manage the number of animals arriving for care. At the same time, Mt. Pocono and Tobyhanna were growing, and the small municipal airport down the road began service to corporate jets and larger aircraft.  Pocono Wildlife found itself in the landing zone, a situation intolerable to wildlife already stressed from injury and captivity.  Just as she was ready to close permanently, Kathy, who had met and married Eric Uhler, were offered the lease of a vacant farm purchased by The Nature Conservancy, in Cherry Valley, Stroudsburg PA.  They jumped at the opportunity to continue to serve wildlife and the community at large, moved the entire facility and vacated their home to create the Pocono Wildlife Rehabilitation and Education Center that exists today.  After years of renovations, building new enclosures and converting apartments into clinic and office space, the Center became one of the most notable facilities in the Commonwealth.  The Nature Conservancy sold PWREC the piece of the property it leased  and it now has a permanent location.

Kathy stepped down as Executive Director in the fall of 2022, in order to have more time to devote to providing educational programming, writing, and helping care for the growing number of animals, particularly raptors, carnivores, and bear cubs being admitted each year.  And perhaps… a vacation. Ms. Uhler does not see a time when she won’t be serving wildlife and people in northeastern PA. She and Eric will live in Stroudsburg where they hope to have some quiet time and enjoy the ‘Burg.